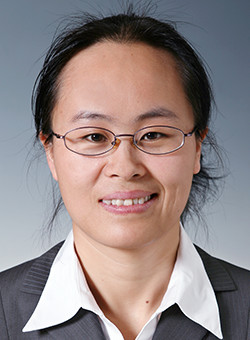 Biography: Dr. Qingwen Zhang is Professor, Director of the Department of Agro-Ecosystem Health and a research leader of the Innovative Research Team of the agricultural clean watershed Construction, Institute of Environment and Sustainable Development in Agriculture, CAAS. She received her Ph.D degree from the Chinese academy of Sciences in 2004. She got a title of professor since 2014. Her research team focused on the Model, principle, technology of. They has extensive experience studying on agricultural nonpoint sources pollution analysis using the FRNs and REEs, and stable nitrogen tracing method and treatment methods for pollution control. She was awarded two of First prize of Shaanxi provincial science and Technology Award (ranked second and sixth). She published about 50 research papers and 3 monographs. Five patents were authorized.

Abstract: The expansion of agricultural production in China has become major causes of direct and indirect driving force for deterioration of the ecological environment. The first pollution survey in China estimated that 57% of nitrogen (N) and 67% of phosphate (P) in water bodies were from agricultural production losses. Hence, it asked for the development of an integrated crop-livestock system with a recycling industrial chain of resources-products-renewable resources, so that livestock waste can be rationally and continuously utilized to arable land to migrate livestock pollution, thereby improving the sustainability of farming systems while reducing agricultural non-point source pollution. 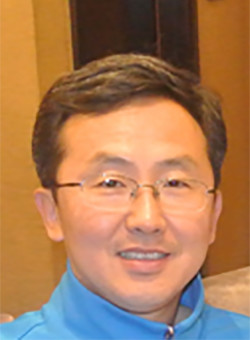 Biography: Dr. Hongze Luo is a senior researcher at Energy Centre in the council for scientific and industrial research, South Africa. He received his PhD degree in Chemistry from the University of the Western Cape in 2008, then he joined the council for scientific and industrial research as a postdoctoral researcher. His research focuses on reviewable energy technology/material, especially lithium ion batteries and fuel cells. He has published more than 20 papers in several peer-reviewed international journals, 3 book chapters and obtained 4 patents. He also works as a peer reviewer of several journals, such as Journal of Materials Chemistry, Energy, International Journal of Hydrogen Energy etc. 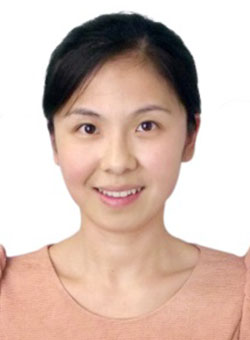 Biography: Dr. Zhang Li obtained her doctor degree in Kumamoto University, Japan in 2011. Since 2015, she had been an associate professor in Chinese Research Academy of Environmental Sciences. In 2017, she transferred to Beijing University of Technology and became a professor and a master supervisor. In recent 5 years, based on the National major scientific research plans such as "Major Science and Technology Program for Water Pollution Control and Treatment, National Key Technology Support Program, National Natural Science Funds Fund" and so on, composed of 3 research assistants and 10 graduate students, her research team focused on investigating high-rate nitrogen removal by Anaerobic ammonia oxidation (Anammox) process. They utilized combined techniques (spectroscopy, mass spectrometry, molecular biology and so on) to elucidate the distribution characteristics of microbial communities under different environmental conditions, and reveal their role in the process of nitrogen migration and transformation. She was awarded Second prize of Environmental Protection Technology Award (ranked eighth) in 2015; First prize of the excellent paper in academic annual meeting of Chinese Society For Environmental Sciences in 2015; "Outstanding young scholar" certificate issued by Japanese Society of Biology in 2012; Second prize of Environmental Protection Technology Award (ranked fifth) in 2018. She published nearly 50 research papers, among which nearly 40 papers belong to SCI. 8 item patent was authorized. And also 5 monographs were published. She also work as a peer reviewer of some journals, including Journal of Bioscience and Bioengineering, Bioresource Technology, Estuarine, Coastal and Shelf Science, Ecological Engineering, Science of the Total Environment and so on.

Abstract: Landfill leachate from sanitary landfill sites contains numerous types of dissolved organic matter (DOM), including mainly volatile fatty acids and humic substances. This study applied combined spectroscopy techniques to assess refractory DOM (rDOM) compositional characteristic and investigated its transformation mechanisms during the treatment of mature landfill leachate by anammox process. A novel rDOM metabolism mechanism was proposed in this study for the first time. A stable, high nitrogen removal rate of 5.95 kg N/m3/day and a rDOM conversion efficiency of 51% were achieved in anammox reactor (AR). In additionally, the initial rDOM removal was closely related to sludge adsorption, with the adsorption force mainly originating from electrostatic interaction and hydrophobicity. As the operating time increased, the removal mechanism of rDOM in the AR changed from adsorption to adsorption-biodegradation and finally stabilized. Furthermore, Anaerolineaceae, associated with the hydrophobic reaction, were the primary degraders for the rDOM and Candidatus Kuenenia dominated the nitrogen consumption. rDOM removal efficiency was suggested to be increased by a moderate enhancement of Anaerolineaceae content in the AR.